Breda – Koeltransport Aalsmeer recently commissioned three new Scania S450 6×2 * 4 trucks that have been approved as Long Heavy Vehicle (LHV) for both Dutch and German legislation. The refrigerated transporter will use the vehicles on a large scale as Ecocombi for their German delivery addresses. The company, with branches in Aalsmeer and Bemmel, specializes in the conditioned logistics of flowers and plants to the large-scale Retail in Germany and Eastern Europe.

Gert Noorderink, General Manager of Refrigerated Transport Aalsmeer, says that a high-quality fleet is essential to meet the high quality requirements of retailers. “Due to the growth in recent years, an annual expansion of the fleet has taken place. In 2019, in addition to 3 LHVs, 14 additional towing units were purchased. Koeltransport Aalsmeer therefore has a young and modern fleet. We have had a long-standing relationship with Scania, for us an important partner and advisor with regard to our fleet”, says Noorderink.

“This is another step for us,” said Operations Director David Mulder. “Apart from the fact that we think it is wise to keep up with developments, it is also very nice. I noticed that it gives a lot of energy throughout the company and all of the drivers are certainly proud of it.”

But of course that is a nice side effect. “We do this primarily in order to be able to transport even more efficiently. And although all Bundesländer in Germany are not yet as far away from their legislation, we can already reach about 70 percent of our destinations with a Long Heavy Vehicle at this moment. Yet we still have to puzzle for some routes, but we are gaining more and more experience with this. And an LHV in Germany also has a slightly different interpretation than ours. Long time, but otherwise it stops at just 40 tons. But in the flowers that is just not a problem although we of course reload. Then we have to pay attention to the weight.”

The Scania trucks with a dolly and behind it a 13.60m trailer are capable of carrying 67 Danish carts or 52 pallets. “Of course you immediately say to the 43 carts or 33 pallets of an ordinary tractor / trailer: do it! It reduces emissions and is efficient. But this is a totally new project for us and you don’t just have to look at the vehicles, but at the entire logistics chain. What we want to learn is how that goes with planning, with situations on the road, with parking, with maneuvering with our customers on site. How much loss do you have due to bad weather and so on. That is all part of it and that is mainly learning and experiencing.”

That is why Mulder sees the three LHVs as a test in the first instance. “We wanted to do that seriously. That is why we immediately bought three and had eight drivers trained for this.

The fact that Koeltransport Aalsmeer would use Scania for this was beyond doubt for the management. “We have an excellent relationship with the Scania dealer in Arnhem. This time we also stood by us very well. For example with the design requirements, because they are slightly different for Germany than for the Netherlands. But all the equipment rolled silently through both the RDW and the TüV inspection. In addition, we now have a great deal of experience with the 450-horsepower SCR-only engine and it is doing well with us, the new generation Scania is doing even better than the previous one. Well, in an LHV configuration that may be slightly less. Not so much because of the weight, but because of the extra rolling resistance. We are going to learn that. ”

Refrigerated transport Aalsmeer bought the trucks with the highest S-cabin and, as usual with the logistics service provider, with almost all options.

With the choice of a richly equipped vehicle and the relatively young age at which the truck leaves the company, I have happy drivers and a wanted occasion.

We do not yet know whether this will work the same with these trucks. In any case, the drivers are very happy with it. A rigid truck naturally drives even more comfortably than a tractor.” 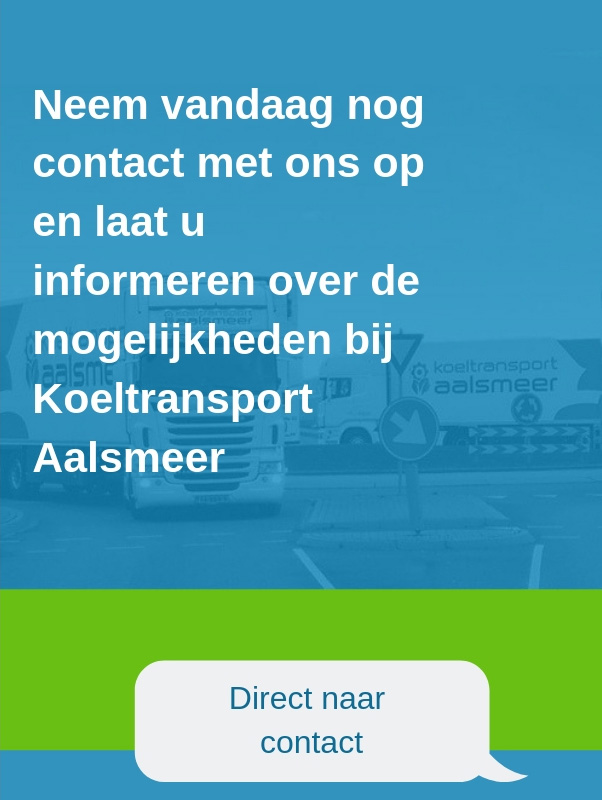